A brief look at The Fernery's history

What started as a simple farming enterprise evolved over 30 years into the wonderful Fernery Lodge & Chalets that now nestle above the Sanddrift river waterfall.

In 1985 Frans and Meg Gerber and their three young sons, Johan, Peter and Andrew moved from Johannesburg down to the Tsitsikamma where they acquired an undeveloped farm that had belonged to Meg's deceased father, Selwyn Tucker. 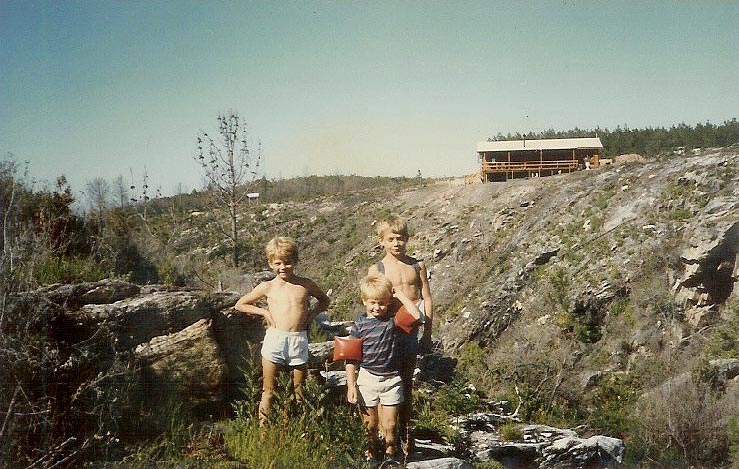 1986 - Johan, Peter and Andrew in the river gorge with the cottage (our first farm house) newly built behind them.

Frans had been working for a South African perishable airfreight company in London where he had a great deal of contact with flower importers who were keen to find new foliage products for the cut flower market. The Tsitsikamma, with its high annual rainfall and vast forests and plantations, is a good foliage producing area, and the idea was to export the much sought after rumohra adiantiformis (seven week fern) to Europe. Forest Ferns cc was established in 1986 and within a few years had become a large employer in the area with a staff of well over 100 people and exports of between 5 and 10 tons per week. 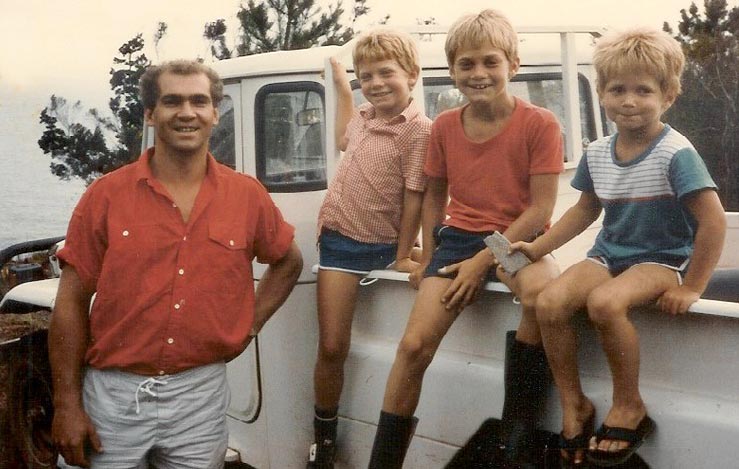 During the first few years the farm was tamed and infrastructure developed for the picking and packing of rumohra fern. It soon became evident however that extra products were needed in order to help cover the overheads, and within 5 years they had built up a product variety of 30 different ferns and restios. 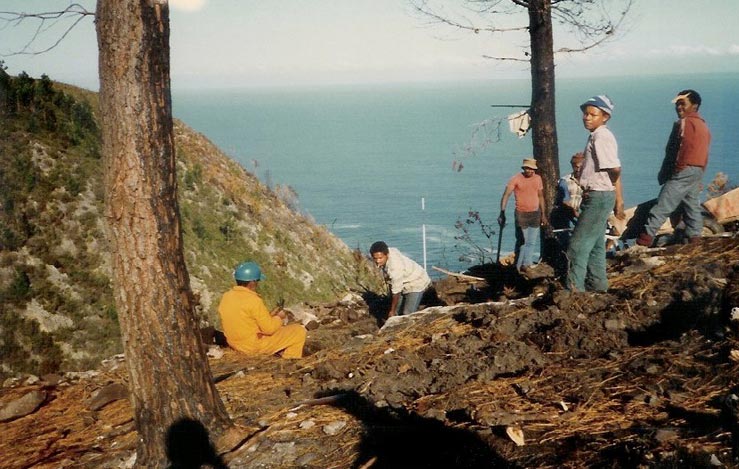 1988 - a local building team starting to clear the site for the new dream house - now the Lodge.

Due to the interesting nature of the business many gardening clubs and other interest groups began visiting the farm in order to view the operation and enjoy the magnificent surroundings. This lead to the building of The Fernery – a unique eco-tourist attraction which consists of a vaulted construction containing a magnificent display of indigenous ferns and running water which was opened in February 2000. It is flanked by a restio and fern plant nursery for retail sales. 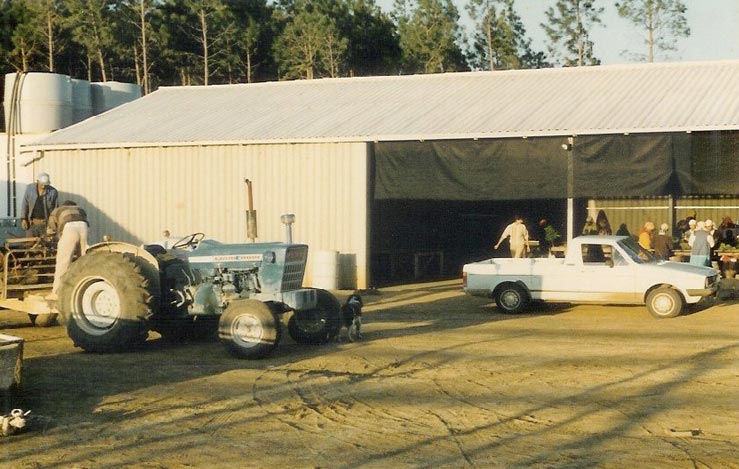 1986 - 'business first' - the first building on the farm is a pack shed for the packing of fern fronds for export to the flower markets of Europe.

In 2001, as a result of their partnership in the luxury Dolphin Trail (a 3 day hiking route including meals and accommodation), beautiful 4 star chalets were built on the farm overlooking the Sanddrift River. These proved to be so successful that Frans and Meg converted their stunning cliff side home into a luxury Lodge. The luxury B&B apartment chalets, each with 2 en-suite bedrooms and a plunge pool on the deck, were added later.

Local staff are employed and trained to 4 star service standards providing much needed employment in the area, and The Fernery Restaurant has become well known for its excellent cuisine. 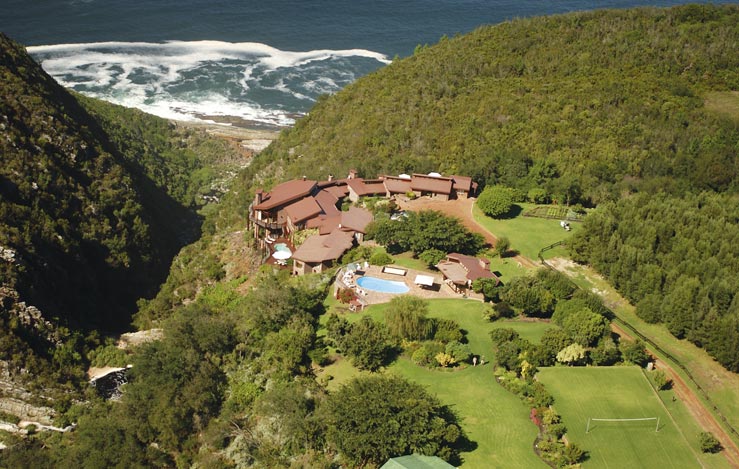 The Fernery Lodge and Chalets is waiting to welcome you! 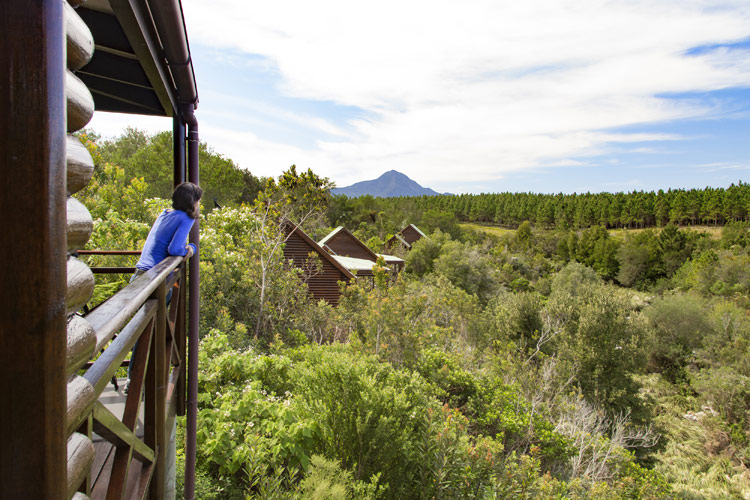 A view from our Forest Chalets. 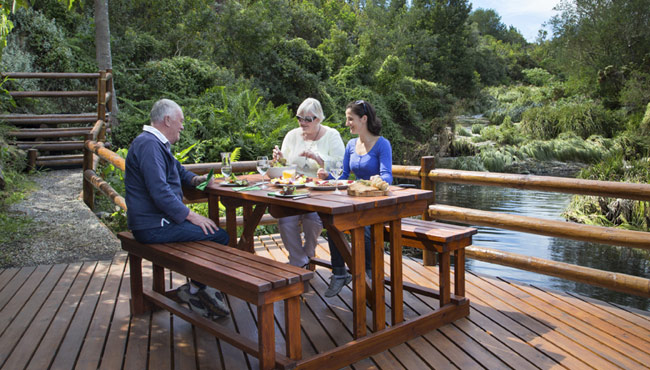 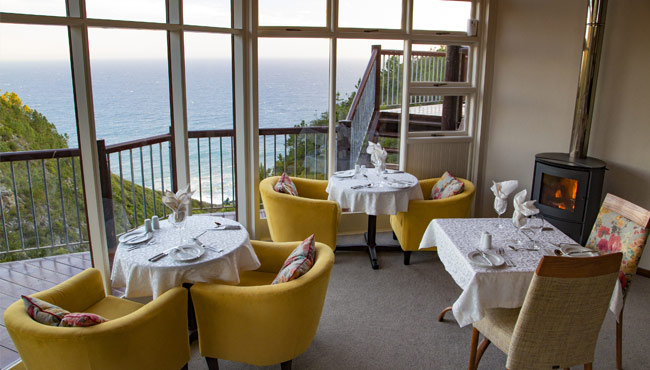 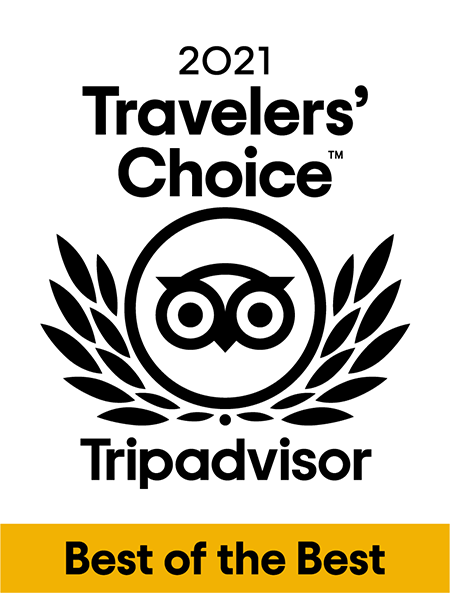 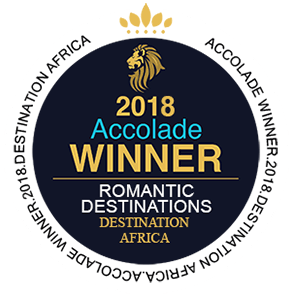 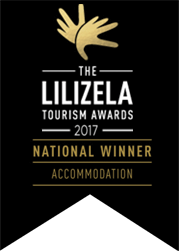 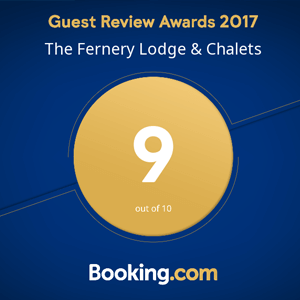